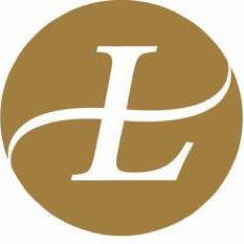 The Challenge
The Langham Hotels sought to meet customers at every moment of intent across the customer journey, from third-party sites to the check-in desk, whilst maintaining a five-star, luxury experience.
Products

Synonymous with luxury, The Langham Hotels and Resorts operate globally, delivering a five-star experience since the opening of its London location in 1865. The brand seeks to deliver iconic British hospitality and it partnered with Yext to extend this experience to its search touchpoints. The Langham used the Yext search experience cloud to manage its listings and reviews from their dashboard, as well as leveraging competitive intelligence to inform their strategy.

Kasia Rudnik, Director of eCommerce at The Langham Hotel in London spearheaded the adoption of Yext technology to support its digital strategy. “Having spent six years working with the platform at Marriott, when I joined The Langham I asked where the login details were for Yext and there wasn’t any. From that moment I was on a quest to make Yext a global technology partner. It was a mission-critical element of our digital strategy”.

The Langham needed a sophisticated platform that would allow them to seamlessly update business information and monitor and respond to reviews. With nearly 40 locations and the importance of a robust reviews strategy so key to the hotel industry, manually updating and responding was not scalable to deliver the level of excellence in customer experience that The Langham strived for. 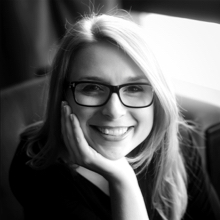 ‘“Having worked with Yext in a previous role, they were the first technology partner I implemented when I joined The Langham. For me it was part of a checklist of tools and I was on a quest to make Yext a global technology partner. It was a mission-critical element of our digital strategy”’

Rudnik’s previous experience with Yext meant that The Langham was soon up and running on the platform. As a hospitality brand, reputation management was fundamentally important. “Reviews are such a hot topic in this industry. As a luxury hotel chain, we pride ourselves on an exceptional experience, and want that to extend to the beginning of the customer journey”. By aggregating reviews in the Yext platform, The Langham have a view of specific improvements that need to be made in order to bolster their five-star reputation. The brand also relies on the Yext platform to interact with their customers. “We know that over 66% percent of travellers won’t stay in a hotel if there are no management responses to reviews. By responding to our customers, we show them we’re listening but also gain valuable insight into how to improve” said Rudnik.

The Langham also uses Yext to update their business information across over 150 touchpoints. “I didn’t have the resources or hours in the day to update and maintain all of our information manually. I would probably still be updating last year’s Christmas information if it wasn’t for Yext” said Rudnik. With 47 individual users and six different user roles, Rudnik enables her team to make updates themselves. The Yext partnership also underpins The Langham’s search strategy. “It was a no-brainer for SEO (search engine optimisation). We understand how key it is to have consistent information across platforms, for our customers as well as search engine crawlers, and that doesn’t just mean on Google and Tripadvisor”. The business has also been able to make strategic decisions from the metrics using Yext competitive intelligence. “Ordinarily this sort of insight would be very expensive. It’s been a great addition to be able to assess whether certain businesses are genuine competitors or not”.

The partnership between Yext and The Langham continues to thrive. During the first few months of working with Yext, the Langham saw their number of profile views from Yext powered listings increase by 112% compared to the same period in the previous year. This increase in visibility lead directly to more consumers visiting the website to book a stay, facilitating a higher conversion rate and resulting in a 362% increase in revenue through organic channels.

It has also recently added the ability to structure menu items, descriptions, prices and photos for its numerous restaurant locations, which has further refined their ability to serve their customers. In the 13 months since launch, The Langham has driven over 3M clicks to their hotel listings, while experiencing a year over year growth rate of 10%.

In working with Yext, The Langham have been able to add a touch of luxury to their digital touchpoints, before customers even reach the check-in desk. Rudnik said “We have to make sure that anything that goes out through third-party sites is 100% accurate, but also representative of our brand in the same way that a physical interaction would be. Yext has given us visibility and control, allowed us to manage our reviews and provided rich content for our customers”.

In the 13 months since launch in September 2018, The Langham has driven over 3M clicks to its listings while experiencing a year over year growth rate of 10%

Its restaurants have over 350 menu fields populated including menu items, descriptions, prices and photos, all powered with structured data through Yext for Food