Is Truth Subjective or Objective? Here’s What Science Has to Say - yext.co.uk
Industry insights

Is Truth Subjective or Objective? Here’s What Science Has to Say 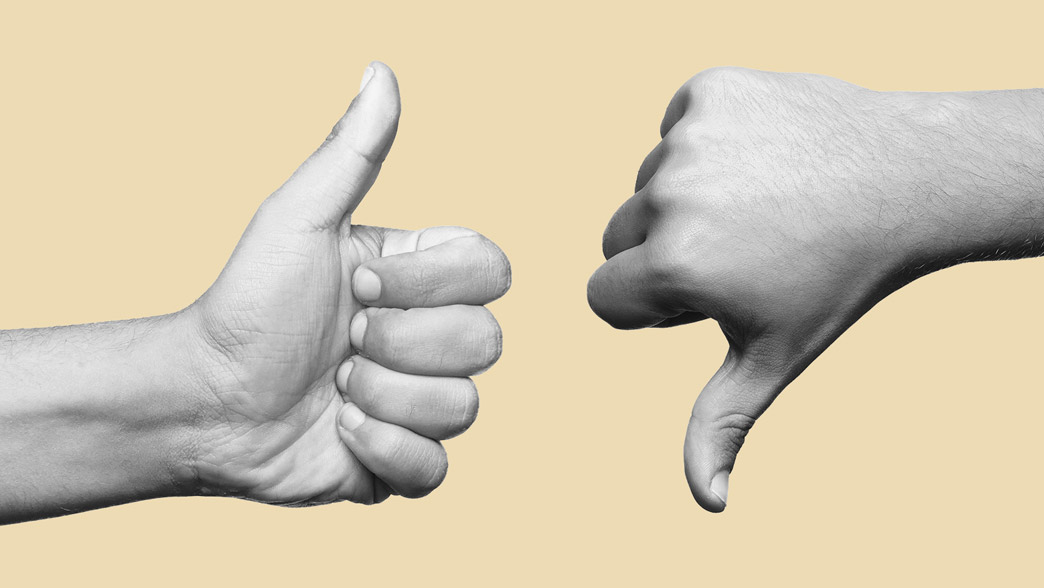 According to the Stanford Encyclopedia of Philosophy, scientific truth is objective, confirmed by proof, and is — or at least, ideally should be — universally accepted. Subjective truth, on the other hand, is dependent upon opinion and perspective — that’s where things get tricky, particularly for brands who are attempting to control the facts around their company online.

Let’s say you tweak your knee while hiking. At the urgent care center, you’re shown a pain scale chart and asked to rate your pain from 1 to 10, tolerable to unbearable.

How you rate your pain will be entirely determined by your frame of reference based on prior experiences. If you’ve never so much as sprained an ankle, you might describe your knee pain as a 10. If, however, you’ve given birth drug-free or suffered traumatic injuries before, you’re more likely to say your knee pain ranks somewhere lower on the scale. Both answers can be true — it all depends on your perspective. Pain is personal. Suffering is subjective.

So, how do we determine when truth is objective, and when it’s not? And what does science have to say?

You can believe what you see, but others might see it differently — and you can both be right.

Let’s say your colleague arrives at a meeting and you offer a compliment on her orange jacket. “Orange?” she questions, “This jacket is red!”

Neither of you is definitively wrong about the color of the jacket. Surprisingly, color is subjective, or at least that’s what most researchers argue. Two scientists, one at MIT, the other at the University of Illinois at Chicago, researched color realism and concluded that physical objects are indeed colored. They note, however, that theirs is a perspective held by a minority of scientists. Most experts subscribe to a different view: “That nothing is colored — at least not physical objects in the perceiver’s environment” (tomatoes, say, or a colleague’s jacket). Essentially, what is clearly orange to you may be red to another, and peach to yet another. It’s all a matter of what your eyes tell you, and your subjective interpretation of what those eyes see.

The “official” color of the jacket, however, is something we can regard as an objective fact, even if the colors it appears to be is subjective. And the objective fact of what color the jacket is would be of strong interest to the brand that makes it, since they would want people to be able to search for it accurately. They would also want to know the various colors (and the words used to describe shades of colors) that consumers are using to search for this jacket. Not owning this fact online could very well lead to lost sales. And for an objective fact — the official color of the jacket per the brand’s definition — that has so many subjective variations on it, it’s essential for the brand to be able to listen to and analyze the search queries looking for this jacket.

Debates in the philosophy of science often have to do with objectivity of scientific reasoning. Individual and societal reasoning, not so much. Any number of restaurants and cafes claim to serve the “World’s Best Coffee,” but we can all agree that this judgment about great coffee is completely subjective. Peets? Starbucks? Joe’s Bar & Grill, the neighborhood joint just around the corner? It’s all a matter of personal preference.

Historically, companies and brands have sold you their truth. “Buy our product and you will be happy.” The consumer’s truth may be — and likely is — different. But today, this notion has a profound impact on online search, a behavior that has changed over the years as consumers have come to depend on the natural language processing (NLP) abilities of Alexa, Siri and other forms of AI. Those capabilities allow consumers to pose questions exactly as they would to a friend sitting on the other side of the couch (…or these days, the fence or FaceTime screen), and to receive a relevant answer.

Consumers ask all kinds of subjective questions, but there are types of brand-related search queries that depend on objective, fact-based information. A search for the “best cup of coffee in town” will have a subjective answer based on other people’s reviews and ratings. Compare that to a search for “coffee shop open now.” In that case, there will be a certain number of coffee shops that are objectively open at the time that consumer is searching — and these are the answers that brands need to own. A business can’t control if consumers see them as “the best,” but they can control whether searchers can find their location, hours of operation, offerings, and other fact-based information.

Data is absolute …or is it?

So how do companies adapt their SEO for the myriad subjective “truths” about their product, brand, or reputation? Most likely, they rely on data.

Communications technology writer Kalev Leetaru tackled the concept of subjective versus objective truth in data in a 2019 article for Forbes. He argues that scientists have sought to make sense of the world by harnessing data, mathematics, and human creativity. In contrast, he says, the public is less interested in the idea of “truth.”

“From data science to fact checking we talk today about the pursuit of objective and indisputable ‘truth,’” Leetaru writes. “Whether through the dogged work of human fact checkers chasing down references and reviewing evidence to combat social media falsehoods or algorithms wielded by data scientists churning petabytes of data into solitary answers, our modern world is premised upon the idea that there is ‘truth’ that can be found through enough analysis of data. Yet as data science increasingly reinserts human judgement over algorithmic purity and as the digital ecosystem reverses from its brief objective experiment back to its subjective past, is it time to accept that there is no such thing as objective truth?”

Leetaru concludes that any dataset can be sufficiently filtered to yield any answer. Which means there is no truth, per se — just choice.

Even truth is subjective

Science writer Josh Hrala provides examples of the subjectivity of truth in his 2016 Science Alert article “Here’s Why The Truth Really Is Subjective.” “Common sense facts create a strong feeling of cognitive ease,” he writes. “For example, the statement ‘fire is hot’ doesn’t cause your brain to melt because you know it’s a fundamental truth that fire is hot. But if you’ve never touched an open flame (please don’t), couldn’t it be possible that everyone saying ‘fire is hot’ simply made you believe it? In short, yes.”

Hrala cites advertising as a prime example of “cognitive ease exploitation.” Marketers run repetition ads across all platforms. As a result, they are seen frequently enough that people become familiar with them, which can then lead them to buy a product. (Their need for said product is, however, subjective.)

We all have our own personal truths. Your orange is my peach. My tolerable is your terrible.  Millions of cyber citizens believe ardently in their subjective truth. The idea of a digital falsehood loses meaning when so much of what we call “truth” is defined by our subjective worldviews.

To proceed with a more objective approach, then, you’ll need to act like a scientist and experiment. For brands, this involves actions like tracking what kind of questions your customers are asking online, seeing what they click on, and monitoring what seems to influence their perception so that you can better understand what makes them tick (or, click). In doing so, you may discover more about your product or company than you expect. Then you can make decisions taking into account the myriad subjective elements in your reality.