Yext recognised as one of the 2020 UK’s Best Workplaces™ for third year running - yext.co.uk
Uncategorised 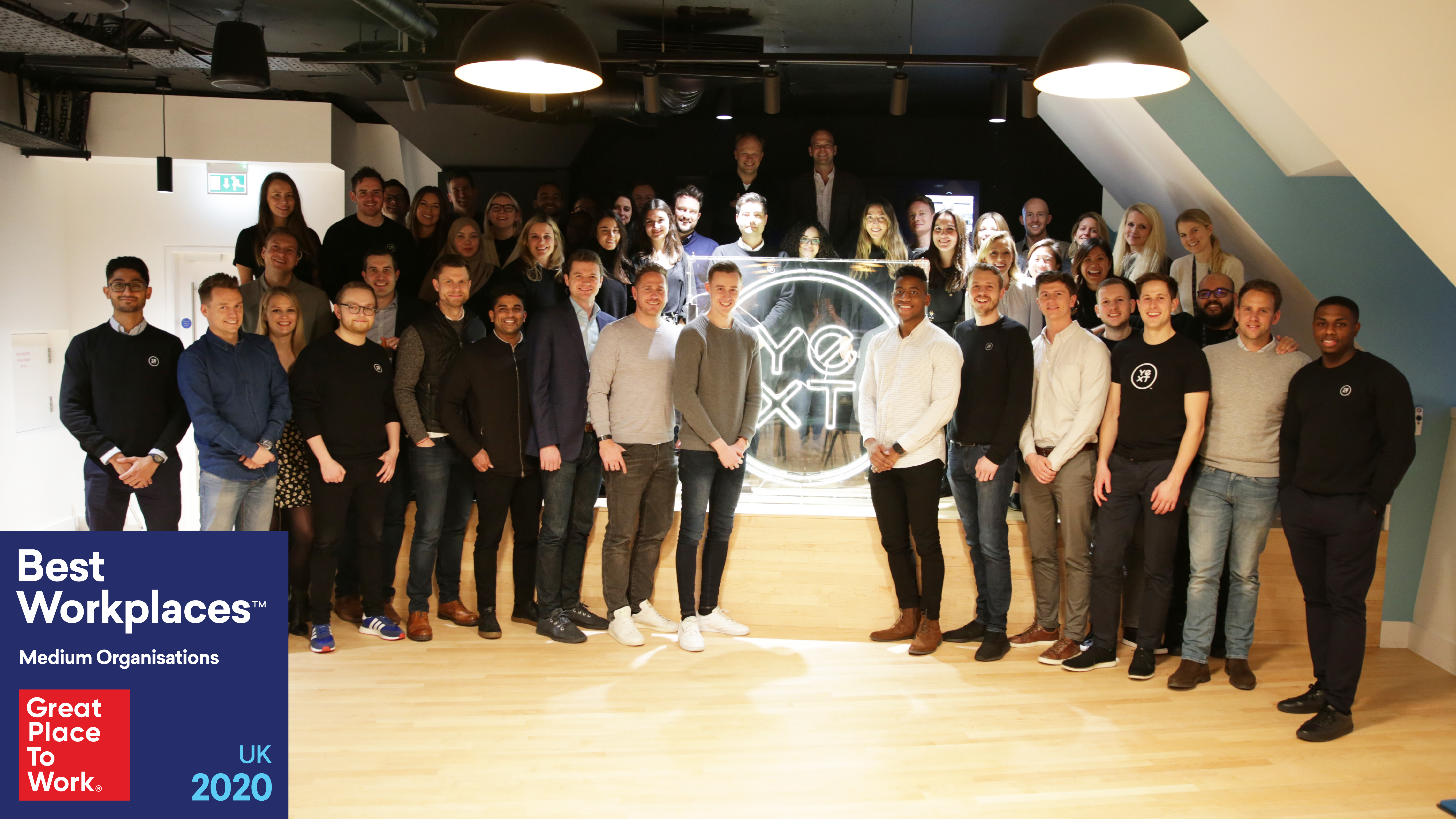 Yext, Inc. (NYSE: YEXT), the Search Experience Cloud company, is delighted to announce it has been recognised as a Great Place to Work® , in the medium-sized business category.

Yext was recognised in this year’s results along with 161 other UK organisations, ranking 29th out of 70 mid-sized businesses. Of the Information Technology Software sector, Yext ranked 6th in the list. This marks the third consecutive year that it has been recognised as a Great Place to Work®, as well as gaining recognition as a Centre for Excellence in Wellbeing.

Commenting on the news, Jon Buss, Managing Director UK and Northern Europe, said: “Being recognised once again by Great Place to Work® is a true testament to the work we have done to put our team members at the heart of everything we do.  Only by putting our people first can we create our fun and dynamic “think big, learn fast and get stuff done” culture.  We’re excited to achieve even more in the coming year.”

Yext was recognised for its particularly strong hiring and welcoming practices, of which standout initiatives include comprehensive training in New York City for all employees, and onboarding in specific training paths and teams.  It’s celebration of success was also noted, including quarterly recognition, regular in office events and external social opportunities.

These achievements reflect Yext’s dedication to the wide range of elements that contribute to making its employees fulfilled in their roles, in particular around wellbeing in and out of the workplace, career progression, training, work-life balance and diversity.  The announcement also follows recent news that Yext has been recognised as one of the Americas’ fastest growing companies, as well as being named a best place to work for LGBTQ Equality.

To determine an organisation’s ranking, Great Place to Work® administers their Trust Index survey® to employees which represents 3/4 of the final score. The remaining quarter of the score comes from the Culture Audit®, a business-driven questionnaire that uncovers and evaluates the organisation’s HR and leadership practices, policies and culture