Introducing The Yext Building in NYC 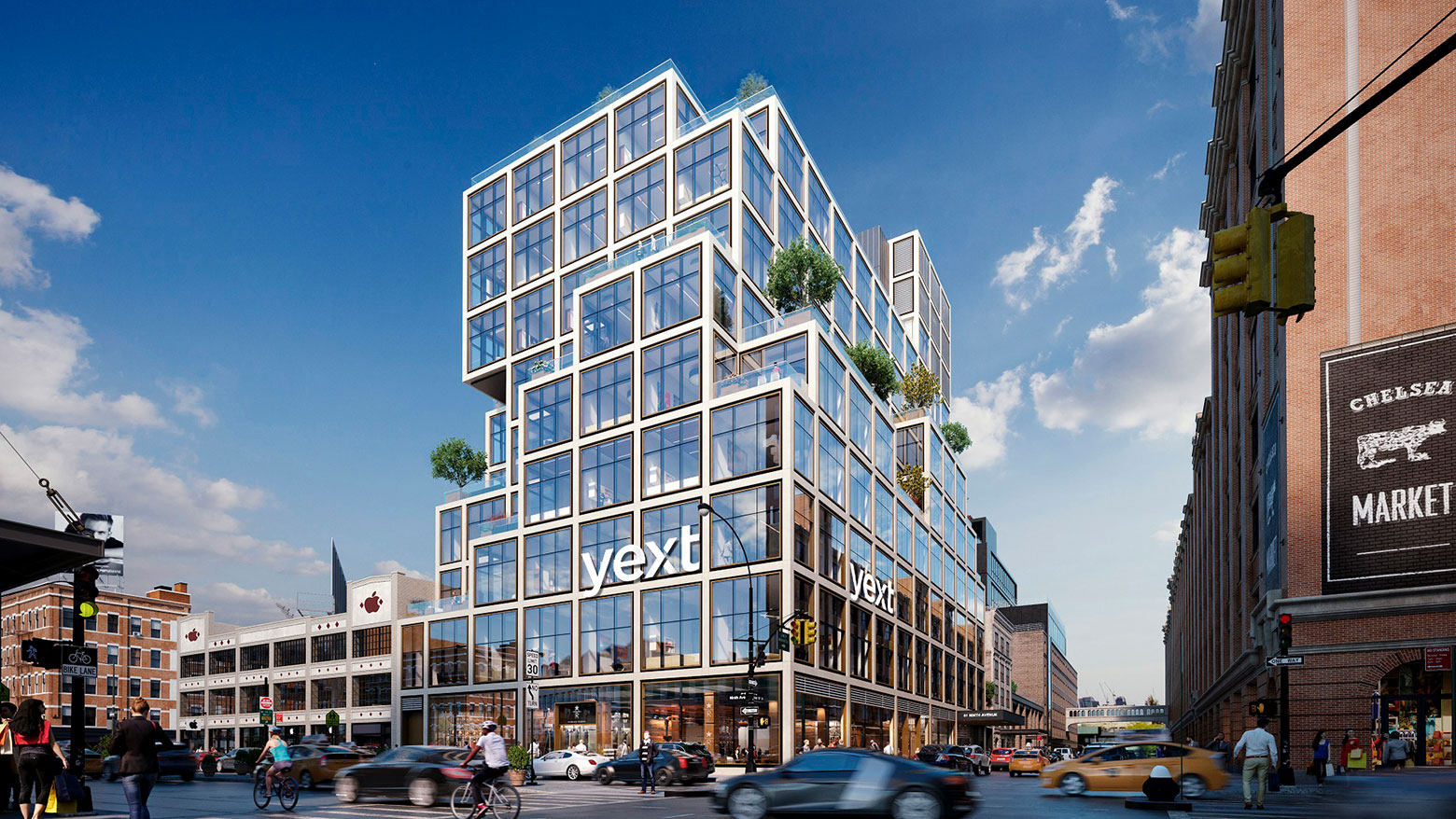 Yext today unveiled its new global headquarters on Manhattan’s West Side, The Yext Building. As Yext grows around the world, the nine-floor building will allow the company to hire hundreds of employees in its home of New York City.

“The Yext Building is a temple of truth,” said Howard Lerman, Founder and CEO of Yext. “In an era of too much information, much of it wrong, Yext is pioneering a new search paradigm that brings brand verified answers to your fingertips. Located between Google’s NYC HQ and the Apple Store, The Yext Building will inspire our team each day on our quest to put perfect answers everywhere.”

"Tech companies like Yext are thriving and expanding across the state thanks to New York’s top-notch talent, educational institutions and cultural resources," Governor of New York Andrew M. Cuomo said. "We are proud to support companies that invest in New York State and grow our innovation hubs, which in turn attract more world-class businesses and further elevate our 21st century economy."

"This expansion of Yext will allow for continued growth of the tech company and create 500 new, well-paid jobs in New York City," said Lieutenant Governor Kathy Hochul. "The significant investment will increase the company’s workforce to over 1,000 in the state, further advancing the high-tech industry in New York and strengthening the economy."

The Yext Building, at 61 Ninth Avenue in Chelsea, features high ceilings, private terraces on every floor, and a rooftop park overlooking the Hudson River.

The iconic building, designed by famed New York based architect Rafael Viñoly, incorporates native plants on its over 13,600 square feet of outdoor space, bicycle storage and shower facilities, rainwater management for cooling and irrigation, and advanced energy efficiency technology. The open, loft-like layout is designed for collaboration and lets light fill the space.

Located on Ninth Avenue at West 15th Street, The Yext Building is located across the street from Google’s New York headquarters and Chelsea Market, next door to the Apple Store, and above the Starbucks Reserve Roastery. Yext, now a global company with around 1,000 employees, had its offices in Chelsea Market years ago when it was only a 65-person startup.

Yext will redesign the interior of the building over the coming months, targeting March 2020 to move all New York City Yexters to the new space. Over 12 years, Yext’s investment in the building is expected to top $150 million, which includes rent and tens of millions for build-out. The company’s planned creation of 500 new jobs over the next five is supported by up to $6 million in performance-based Excelsior Tax Credits from New York State over ten years.

State Senator Brad Hoylman said, "Thank you, Yext. I greatly appreciate your commitment to creating 500 new jobs in my Senate district as well as the efforts of Empire State Development and Governor Cuomo to solidify New York’s tech industry."

Yext was represented by the legendary Neil Goldmacher and John Moran at Newmark Knight Frank, and Robert Karin and Leslie Kanter at Davis & Gilbert.

Lerman added, “In 2006, when we founded Yext in New York City, everyone said it couldn’t be done. More than a decade later, our innovative products, world-class team, and massive opportunities are being felt around the world. It’s still Day One at Yext. Each day we wake up to put the truth out into the world.”