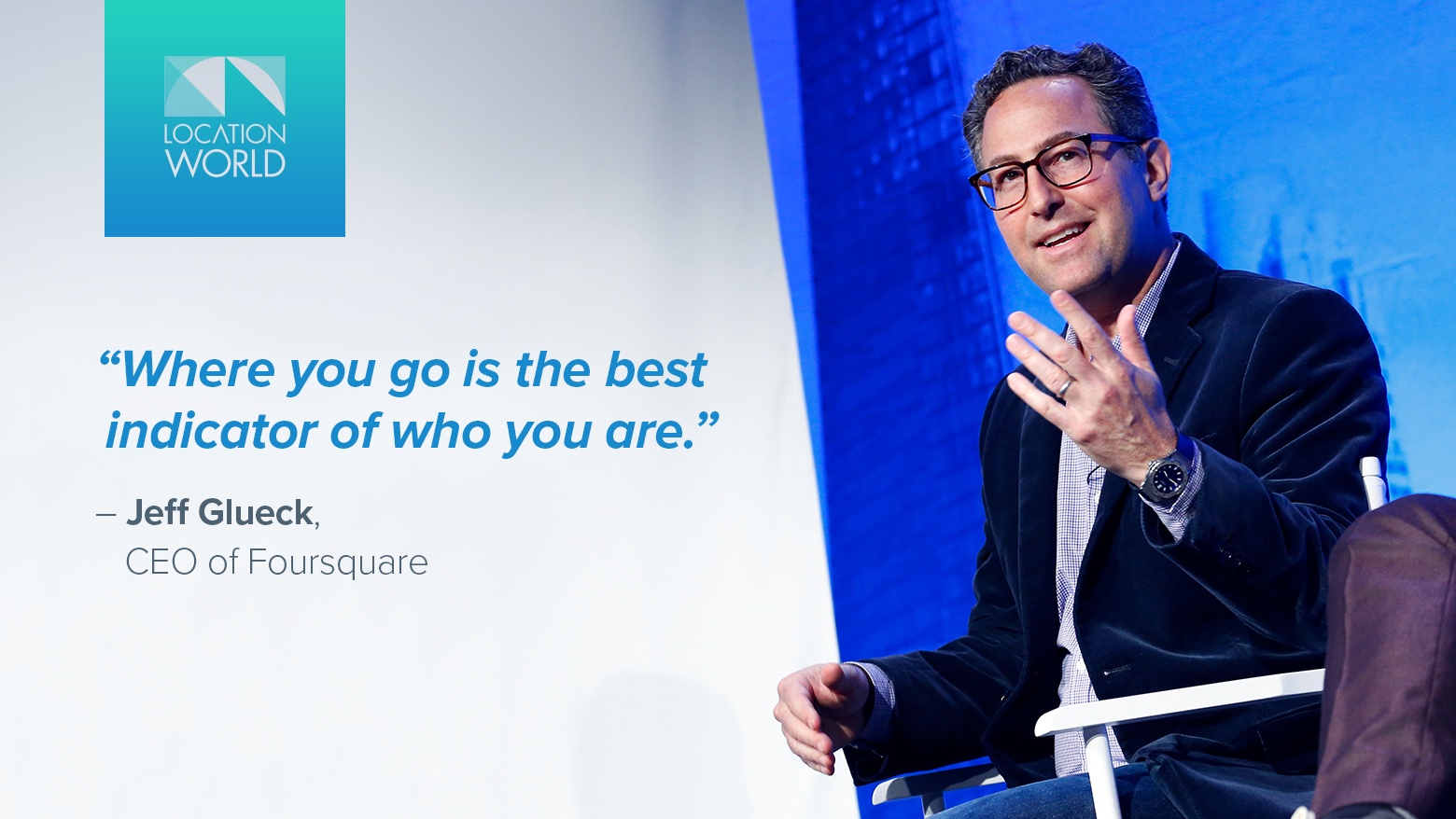 Jeff Glueck, CEO of Foursquare, joined Howard Lerman, Co-Founder and CEO of Yext, and Dipanshu “D” Sharma, CEO of xAd, at LocationWorld 2016 for a keynote panel on the Future of Location. Moderated by Nicholas Carlson, Editor-in-Chief of INSIDER, the panel explored the role of location data in business, culture, marketing and beyond.

“Where you go is the best indicator of who you are.”

Businesses are beginning to understand that the places customers go and the ways they interact with their physical environment tell a bigger and more personal story than the sites they visit online. Imagine the difference in intent between an individual travelling down a highway and searching for “petrol” and someone conducting the same search from their desktop. Which search is more likely to result in a purchase? Location, in other words, reveals genuine, tangible intent.

Glueck became CEO of Foursquare in January 2016, after 18 months as COO of the company. Before Foursquare, he served as CEO of Skyfire Labs, a Silicon Valley-based mobile technology company acquired by Opera Software. He co-founded site59.com, an online travel company that grew to over $100 million in sales in two years and was acquired by Travelocity. In the following seven years, he served as Chief Marketing Officer at Travelocity, where he introduced the “roaming gnome” and launched a fast-growing contextual advertising business.

Read more groundbreaking insights from LocationWorld 2016 in our latest whitepaper: 11 Key Insights from the Intersection of Location, Marketing & Technology. Download it today. And keep an eye on location.world for our 2017 speaker lineup. We hope to see you there!