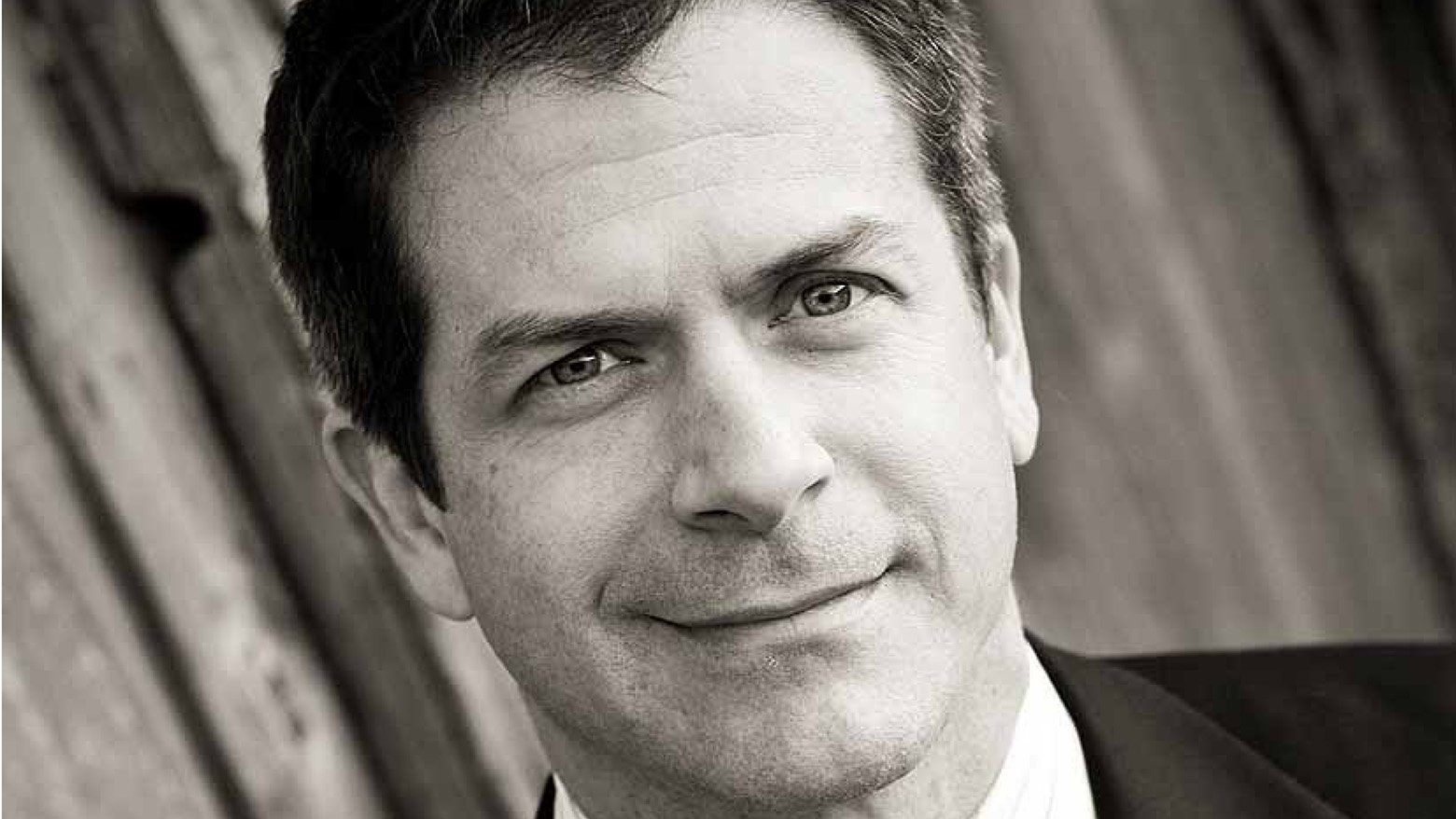 Yext has hired Christopher Nelson as Chief Information Officer. The experienced Cloud-first information technology executive will be responsible for the IT applications, security and infrastructure powering Yext’s industry-leading Location Cloud platform around the world.

“Location Data Management was a new field only a few years ago but it has emerged as a critical investment for businesses across all industries,” said Nelson. “I’m looking forward to building the team and technology to scale globally and meet this rising demand.”

Nelson, who previously served as Senior Director, IT Business Applications for machine data management platform Splunk, specializes in enabling fast-growing technology companies to scale. Before his time at Splunk, Nelson designed and built IT organisations, application delivery and business processes for many Fortune 500 clients as founding member of the SaaS Practice at Accenture.

“Christopher’s expertise will be critical as we scale to put business on the map worldwide,” said Tom Dixon, Chief Operating Officer at Yext. “He’ll play a key role in our growth and we’re delighted to welcome him to the team.”

Nelson earned his BSc from the University of California, San Diego in Cognitive Science and Human Computer Interaction with a minor in Computer Science and Engineering.

The hire comes at a pivotal moment for Yext, as the company has recently opened its London office and announced several integrations with business directories across Europe as well as with tech giants Google, Snapchat and Uber. 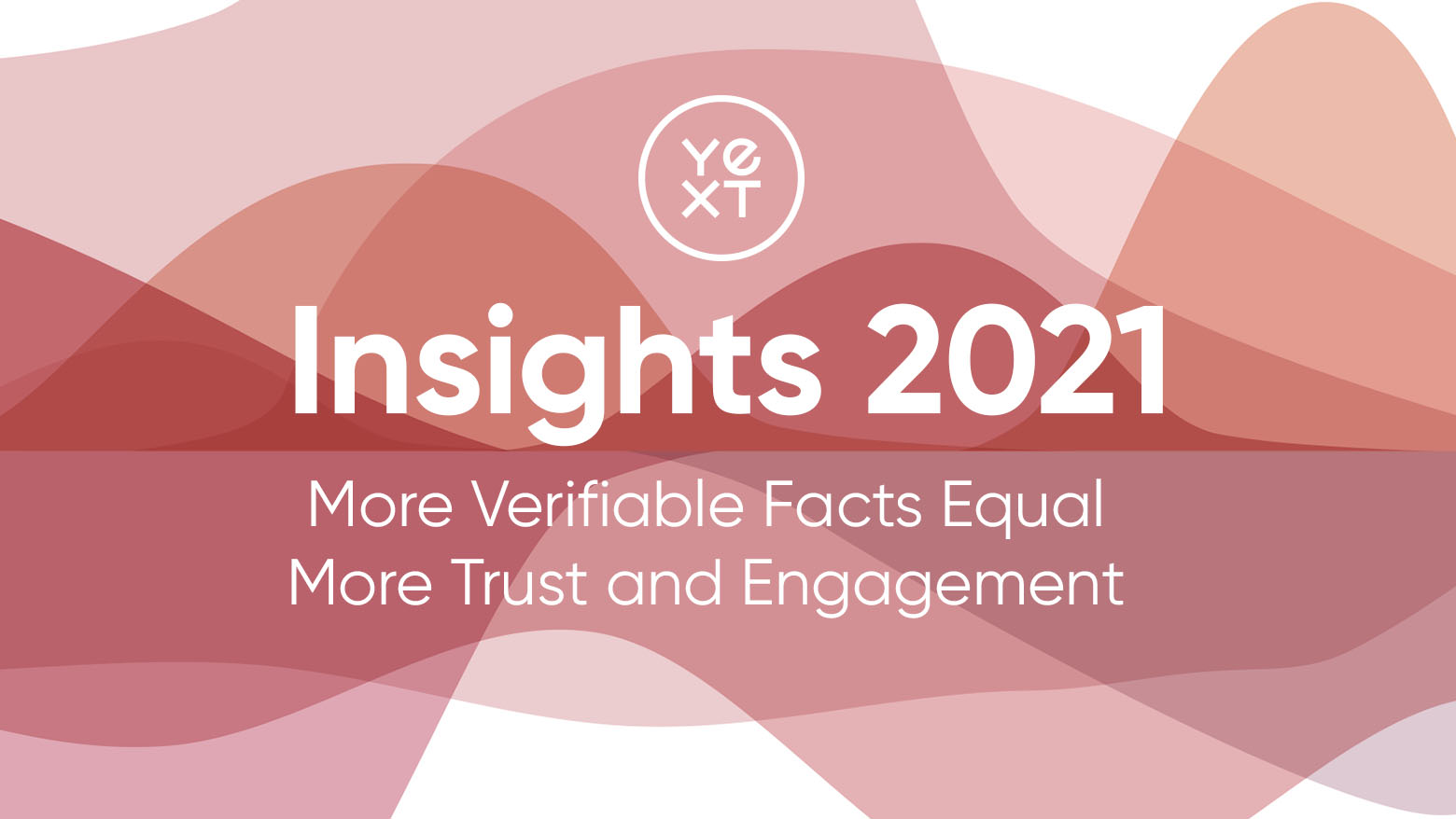 Online misinformation isn’t a new phenomenon, but 2020 revealed just how damaging and far-reaching its consequences could be in the midst of a global pandemic. Typically responsible for declaring a health state of emergency, the WHO also felt it was imperative to launch a webinar series on the “infodemic.” Stopping the spread of falsehoods about the virus became a component of stopping the virus itself.

Tech giants like Google, Facebook and Twitter were forced to act as well (again, not a new conversation), turning off reviews and flagging misleading information more proactively. The Social Science Research Council proclaimed that “misinformation is everybody’s problem now.”

Going into 2021, we as consumers have a (healthy) mistrust for information sources. So the question becomes: what can an honest brand do about it? And if your business is reliant upon big tech, like Google and Instagram, to garner clicks, web traffic and sales, how does one brand stand out from the rest?

At Yext, we write about this a lot:  the more questions businesses answer on their own website – where they control the information – the better. Providing updated and transparent information prevents prospective customers from bouncing back to the third-party publishers and search engines where misinformation abounds. The best part of all? It’s entirely in your control.

But what about those third-party sites? As it turns out, there is an important pattern.

The Yext Data Insights team has found that if a Location, Healthcare Provider, ATM, etc. provides and updates more pieces of information, search engine users are more likely to trust them – in the form of clicks. The end result is these businesses see increased customer awareness, education and activity. 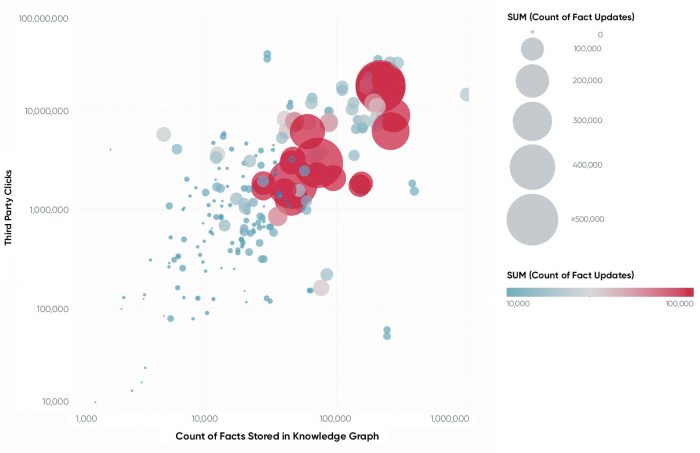 To get a bit more granular: in this scatterplot, each datapoint represents one entity in our sample, for example a restaurant, health care provider, or ATM. If it had more facts stored in its Knowledge Graph – like more pictures, additional links to online ordering or additional insurances or accepted forms of payment – it will appear further to the right on the x-axis (more clicks). Illustrated by the upwards trajectory formed, we’re left with a clear lesson: a direct relationship between the comprehensiveness of data associated with an entity and interest level on their listing. The growing red circles moving up and to the right also indicate a strong correlation among velocity of facts updated, number of total facts stored and number of clicks.

Read on for more detailed analysis.

But here’s the thing: the biggest brands naturally have the biggest knowledge graphs. They have more items to update, and they get more clicks – simply because they have a greater digital and physical footprint (as well as, um, millions to spend on ads). So, the above scatterplot could be interpreted as a fancy way of saying big brands beat little brands at everything – and that’s not the case! So, for the purposes of this analysis, the Yext Data Insights team sought to compare entities WITHIN a business. Here’s what that looks like for one high-profile Retail brand. 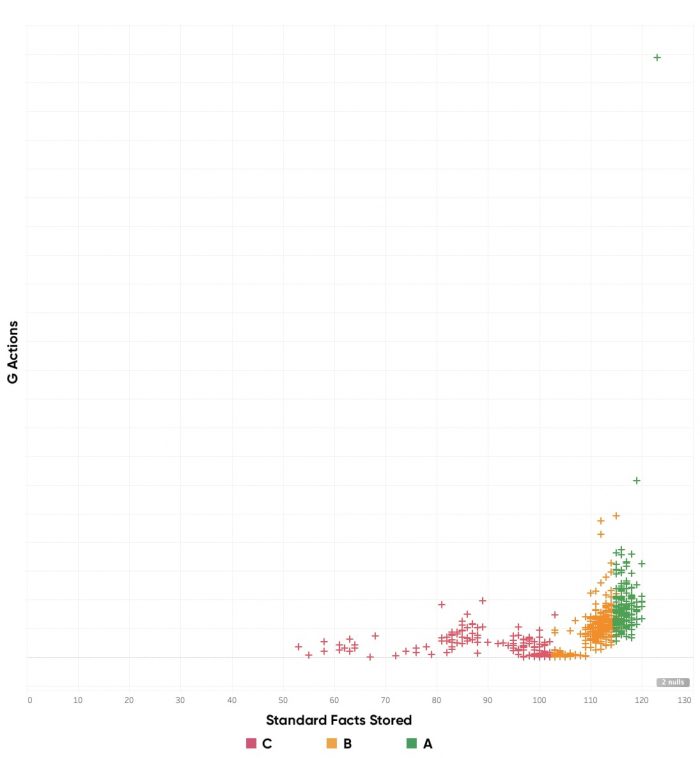 To provide more context behind what we mean by size of Knowledge Graphs (the amount of information stored in the Yext Platform for a given location or other type of entity), we gave entities a profile completeness grade from “A” to “C.” The “A” group corresponds to the top 25th percentile in quantity of information stored and frequency of updates, while the “C” group corresponds to the bottom 25th percentile. We gave the entities that were “middle of the road” for that business a “B,” comprising the middle 50% in terms of Knowledge Graph size and updates. Even within this brand (where every location has the exact same name and a very similar in-store experience), more facts stored (the farther on the right of the x-axis) equals more clicks received (the higher up they appear on the y-axis). This is exemplified by the business’s Times Square location, which has both the most comprehensive knowledge graph and by far the most engagement.

Here’s another example, this time with a large insurance company. There are more outliers with this business, with strong click showings from entities in the B and C groups and weak showings from a few hard-working A group members. But, on the aggregate, the A group (averaging over 80 pieces of information stored per entity) is still garnering 45% more clicks than the C group (less than 70 pieces of information stored per entity). 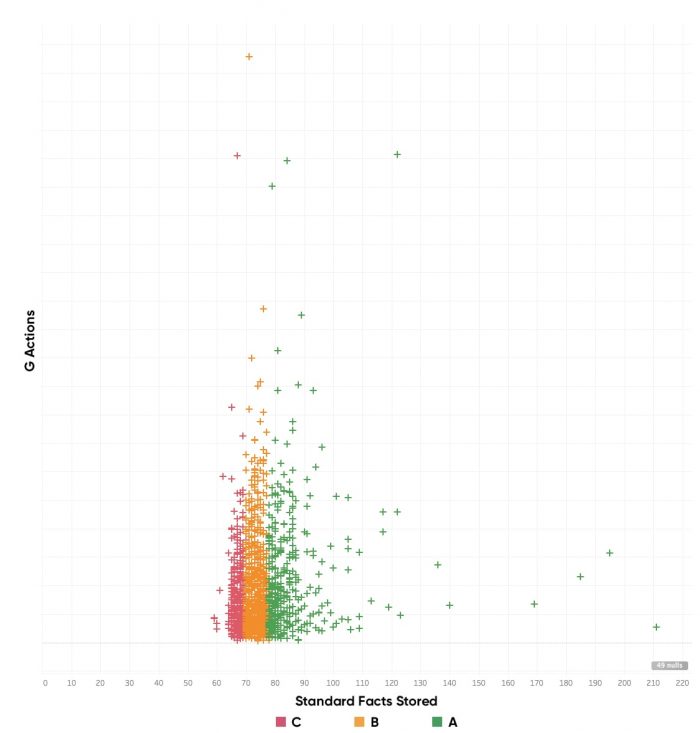 Doing this at scale – looking at over a hundred thousand entities within hundreds of businesses in all major verticals to assign them Completeness Grades – shows that the entities within a business with the largest Knowledge Graphs (entities with the most facts stored, graded an A) have greater potential for getting more clicks, with both a higher “ceiling” and a lower “floor” for digital engagement.

Meanwhile, while there are always a few outliers to any good sample group, for the most part, entities with the fewest facts stored (those graded C) have both the lowest average number of clicks and seem to have their topline potential for click volume capped, compared to those with more facts stored.

To sum it all up: across verticals, larger knowledge graphs (more facts) and more frequent updates = more engagement and clicks. Managing more business facts online isn’t a magic bullet, but paired with a robust website and an attention to detail across online platforms, it can give businesses a rare opportunity to fight brand misinformation and win more customers.